Electrical stimulation of cranial nerves in cognition and disease.

Electrical stimulation of cranial nerves in cognition and disease.

Abstract
The cranial nerves are the pathways through which environmental information (sensation) is directly communicated to the brain, leading to perception, and giving rise to higher cognition. Because cranial nerves determine and modulate brain function, invasive and non-invasive cranial nerve electrical stimulation methods have applications in the clinical, behavioral, and cognitive domains. Among other neuromodulation approaches such as peripheral, transcranial and deep brain stimulation, cranial nerve stimulation is unique in allowing axon pathway-specific engagement of brain circuits, including thalamo-cortical networks. In this review we amalgamate relevant knowledge of 1) cranial nerve anatomy and biophysics; 2) evidence of the modulatory effects of cranial nerves on cognition; 3) clinical and behavioral outcomes of cranial nerve stimulation; and 4) biomarkers of nerve target engagement including physiology, electroencephalography, neuroimaging, and behavioral metrics.

Existing non-invasive stimulation methods cannot feasibly activate the axons of only individual cranial nerves. Even with invasive stimulation methods, selective targeting of one nerve fiber type requires nuance since each nerve is composed of functionally distinct axon-types that differentially branch and can anastomose onto other nerves. None-the-less, precisely controlling stimulation parameters can aid in affecting distinct sets of axons, thus supporting specific actions on cognition and behavior. To this end, a rubric for reproducible dose-response stimulation parameters is defined here. Given that afferent cranial nerve axons project directly to the brain, targeting structures (e.g. thalamus, cortex) that are critical nodes in higher order brain networks, potent effects on cognition are plausible. We propose an intervention design framework based on driving cranial nerve pathways in targeted brain circuits, which are in turn linked to specific higher cognitive processes. State-of-the-art current flow models that are used to explain and design cranial-nerve-activating stimulation technology require multi-scale detail that includes: gross anatomy; skull foramina and superficial tissue layers; and precise nerve morphology.

Detailed simulations also predict that some non-invasive electrical or magnetic stimulation approaches that do not intend to modulate cranial nerves per se, such as transcranial direct current stimulation (tDCS) and transcranial magnetic stimulation (TMS), may also modulate activity of specific cranial nerves. Much prior cranial nerve stimulation work was conceptually limited to the production of sensory perception, with individual titration of intensity based on the level of perception and tolerability. However, disregarding sensory emulation allows consideration of temporal stimulation patterns (axon recruitment) that modulate the tone of cortical networks independent of sensory cortices, without necessarily titrating perception. For example, leveraging the role of the thalamus as a gatekeeper for information to the cerebral cortex, preventing or enhancing the passage of specific information depending on the behavioral state. We show that properly parameterized computational models at multiple scales are needed to rationally optimize neuromodulation that target sets of cranial nerves, determining which and how specific brain circuitries are modulated, which can in turn influence cognition in a designed manner. 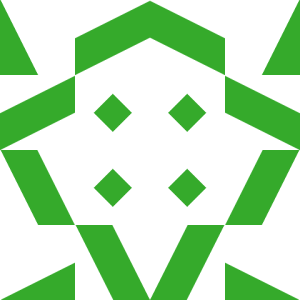 Hi, I'm the foc.us Research Bot. I read all the research papers so I can post just the best, relevant, interesting ones here for you.

Hi, I’m the foc.us Research Bot. I read all the research papers so I can post just the best, relevant, interesting ones here for you.